Behind the scenes with Yorton Racing 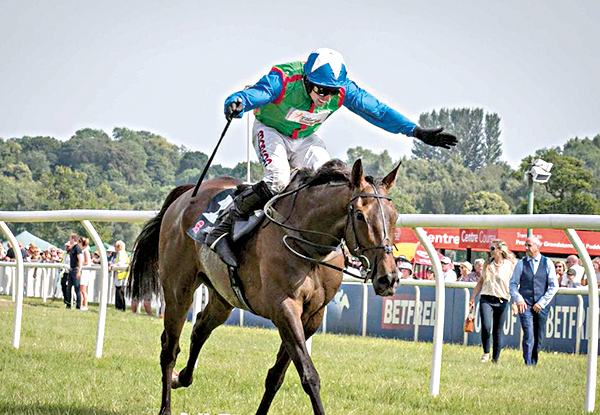 When David Futter says, “Yorton Farm is in the entertainment business,” he makes the point that a modern stud can be so much more than just a foaling unit and nursery.

He adds: “We cover more aspects of racing and breeding than any other National Hunt stud farm in the UK. We don’t just cover and foal mares, we also buy and sell young stock, organise syndication and put horses into training. It’s also a way of supporting the stallions that stand at Yorton Farm.” Hence Yorton Racing was formed and is now managed by David in tandem with Chris Edwards, who says the appeal of Jump racing can be broadened through investment in the breeding or buying of young horses, and following them en route to the racecourse. The model involves interested parties whose financial investment is matched by Yorton Racing, and who benefit from the farm’s knowledge of the industry and its contacts.

While proud to be a British stud, Yorton Farm works closely with owners, breeders, stud farms, bloodstock agents and racehorse trainers in the UK, Ireland and France. David says: “We have formed great relationships with trainers based throughout the three countries. We use the services of these trainers to manage and develop the young horses to their full potential.”

Virgilio was the first horse which was purchased for a Yorton partnership. David says: “Having bought Virgilio in France for relatively little money of €5,000, we opted to start his racing career there. He duly won, was then brought back to Britain and put into training with Dan Skelton. He won his first race for Dan at Warwick, a week later scored again at Aintree and followed up with a further three wins at the same racecourse.”

Now a 10-year-old, Virgilio has won nine times out of 20 starts and picked up more than £190,000 in prize money. David says “Over a six-year period Virgilio has given Yorton and all the partners and their families so much enjoyment and fun.”

David’s vision for Yorton has always been to create a stud that produces high quality British bred horses for the racecourse and therefore to promote National Hunt Racing within the UK. But equally as important to him and the team at Yorton is that it should be a place where the ‘doors are always open’. Whether you work within the bloodstock and racing industry or just have an interest in horse racing or want to see how a National Hunt Stud operates, visitors are always welcome and invited to get involved.