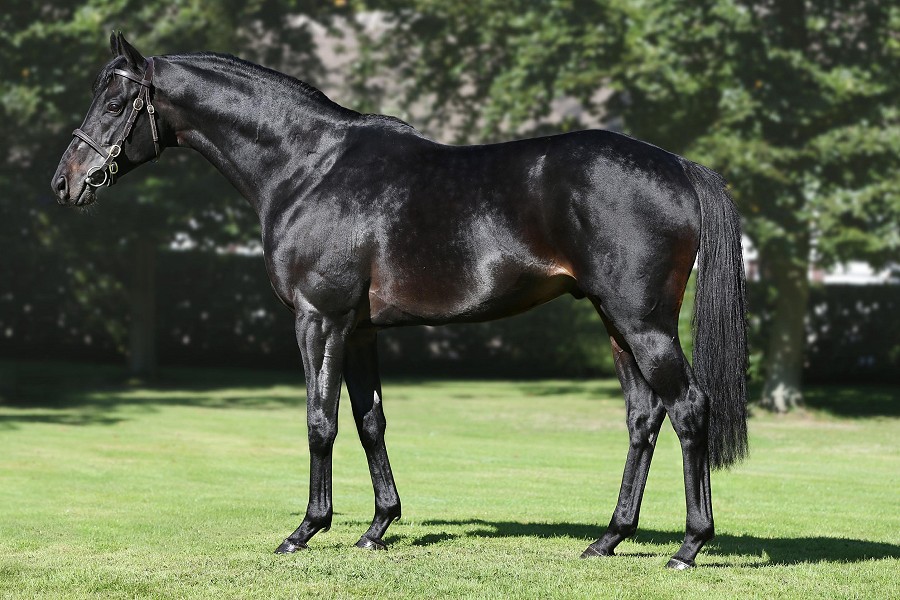 • A top-class racehorse – Group One winner

Top-class racehorse and successful sire Scalo has joined the roster of stallions at Britain’s Yorton Farm Stud on the Powys/Shropshire border.

A son of leading Jump sire Lando – whose progeny include the top-class jumpers Fox Norton, Air Force One and Caracciola – Scalo’s own progeny include Laccario, winner of the 2019 Gr.1 Deutsches Derby.

Bred at leading German stud farm Gestut Ittlingen, Scalo was precocious enough to win as a two-year-old and he became a leading performer at three, winning the Gr.1 Preis Von Europa over a mile and a half at Cologne, in addition to two further Group Three races in his homeland. He also won the Gr.2 Prix Guillaume D’Ornano in France. The following year he scored at Group Two level in Germany, was beaten a neck in Italy’s Gr.1 Gran Premio Di Milano, and then finished second to subsequent Prix de l’Arc de Triomphe heroine Danedream in the Gr.1 Grosser Preis Von Berlin.

Scalo comes from a high-class family and is a son of the Exit To Knowhere mare Sky Dancing. He is a full-brother to the German Group-race winner Sound, and a half-brother to French Group Three winner Sexy Lady and to Stakes-placed Scolari.

Scalo’s German Derby-winning son Laccario is the winner of four races – in addition to the Gr.1 Deutsches Derby the three-year-old has landed the Gr.2 Sparkasse KoelnBonn-Union-Rennen and the Listed Aengevelt Derby-Trial. He has also been placed in two other Group races.

Yorton Farm Stud’s David Futter says Scalo’s covering fee will be announced at a later date, and adds: “We have secured Scalo with the help of bloodstock agent Richard Venn, and are delighted that the horse is joining our roster. We have been keeping an eye on him for some time, and, in common with other proven horses we have stood, it was his stock which caught our eye first.

“They are great models with wonderful temperaments and are proving they perform at the top level. Not many Gr.1-winning stallions breed a Gr.1 winner themselves. “From limited opportunities Scalo has had seven runners over jumps in France and three individual winners. His percentage of winners to runners is 58 per cent.”